In contrast to the more industry-friendly, GOP-led committee between 2015 and last year, Brown is driving a sharp focus on racial inequality in the financial system and other progressive issues that is arguably more to the left than the priorities of past Democratic chairs.

Over a span of less than a month, Brown has gaveled hearings on how to achieve an “equitable recovery” from the pandemic and how the financial system “hurts workers and widens the racial wealth gap.” Two additional hearings scheduled for March will focus on affordable housing and financial risks associated with climate change. On Feb. 25, the committee addressed “rebuilding Main Street” during the pandemic.

It is not clear whether the new focus is tied to a legislative agenda or merely to compel regulators to address financial system inequities in bank oversight. Regardless of the intent, observers say the committee’s change in emphasis following the Democrats’ election sweep is palpable.

The committee “typically has sort of been, What can we do for the banking industry first, and those benefits will then possibly trickle down to other people?” said Graham Steele, a former adviser to Brown and director of the corporations and society initiative at the Stanford Graduate School of Business. “And Sen. Brown sort of flips that on its head and says, ‘What do people need? And how can the banking system facilitate that?’”

Of course, not everyone is convinced. Republicans on the panel have not hid their skepticism, expressing concern that the committee under Brown’s leadership could demonize financial companies.

The committee’s top Republican, Sen. Pat Toomey of Pennsylvania, specifically criticized the title of the March 4 hearing, “Wall Street vs. Workers: How the Financial System Hurts Workers and Widens the Racial Wealth Gap.”

“The title itself expresses a worldview held by many on the left that capitalism is failing far too many people,” said Toomey. “Do we really think that capitalism and a capitalist financial system is the primary cause of these problems and challenges? … In my view, capitalism ranks with the wheel and written language among the greatest of human achievements.”

In a statement to American Banker, Brown said his goal “is to pursue an agenda centered around the dignity of work and equity.”

“For too long this committee did the bidding of Wall Street and big corporations,” Brown said. He added, “This committee can make the difference in the lives of Black and brown families by pursuing an agenda that is focused on making sure our government and the economy work for everyone and by ending decades of discrimination and disempowerment fueled by our banking and housing systems.”

Yet analysts have struggled to get a clear picture of Brown’s legislative goals, suggesting he is using the hearings more as a messaging tool.

Other Democrats on the panel have pushed reform ideas such as forgiving student debt or expanding faster payments options so consumers receive paychecks more quickly.

“It is outrageous that millions of Americans, lower-income Americans, are losing billions of dollars in the form of late fees because their paychecks for example are not cashed in real time,” said Sen. Chris Van Hollen, D-Md.

Some expect Brown to push the creation of digital FedAccounts, which would utilize the Federal Reserve system to help underserved consumers lacking access to bank account manage their finances.

Brown has also been at the forefont of housing legislative initiatives during his career, including a past attempt to propose a reform framework for the government-sponsored enterprises Fannie Mae and Freddie Mac.

But conservatives say the new focus of the committee is not consistent with creating and spreading wealth to more consumers.

“Senator Brown is pursuing an agenda of redistributing wealth, rather than pursuing the right policies to create more wealth,” said Joel Griffith, a research fellow on financial regulations at the Heritage Foundation. “Instead of pursuing ways in which to redistribute the economic pie, or to ensure more lending to the certain politically favored classes, we should be really incentivizing more private-sector innovation, because that’s how we actually get capital to those who need it most.”

Steele said Brown is realistic about the potential obstacles to turning a progressive platform into legislation that could pass the Senate, where the two parties hold an equal number of seats and Vice President Kamala Harris has a tie-breaking vote.

“He realizes he’s on the more progressive end of the caucus,” Steele said. “And so he’s very attuned to doing vote counting. So I think a lot of depends on the feedback that he’s getting privately from the other members of the committee.”

Supporters of the committee’s new focus say Brown at the very least is spreading the message that deregulation is not the way to make the financial system work for consumers.

“The Republican leadership hasn’t been blind to the effects of the financial system on racial inequality, but the assumption has been that by granting deregulation to the banks, that will somehow fix inequality in the financial system,” said Jeremy Kress, an assistant professor of business law at the University of Michigan.

“What you’ve seen now with Chairman Brown coming in … is turning that paradigm on its head,” Kress said. “Let’s find out what consumers need, what policies we can put in place to mitigate the racial wealth gap, and attack it head on rather than simply granting deregulation to the banks and assuming that trickle down policies will work.”

While Brown has been a critic of Wall Street and has signaled his intent to hold the industry accountable for practices that may perpetuate racial inequities, the banking industry does not appear to be sweating his leadership just yet.

James Ballentine, executive vice president for political affairs and congressional relations at the American Bankers Association, said that the industry stands in support of Brown’s goal of narrowing the racial wealth gap.

“We applaud the chairman for addressing this issue,” Ballentine said. “What we would hope is that this would be an effort where there can be a public and private partnership and conversation that takes place. We encourage that, we support that, and we certainly want to be involved in that.”

Brown has also indicated he wants housing issues to be a more central component of the committee’s work. The panel’s full name is the Senate Banking, Housing and Urban Affairs Committee, but Brown often points out that the housing piece is often excluded. He could start to emphasize issues such as access for consumers to mortgage refinancing options, housing counseling programs and homeowner assistance.

Brown has championed a bill “that would ensure that renters and homeowners would have the support that they need to navigate the very complex process of sometimes working with servicers or landlords,” said Melissa Stegman, senior policy counsel at the Center for Responsible Lending. “There’s also been a lot of public statements that Sen. Brown has made about the importance of down payment assistance.”

Evan Kleymeyer, senior vice president of external relations at the Ohio Bankers League, said that the time could be ripe for the committee look at how other financial products outside of traditional banks have impacted communities of color.

“I hope and we expect the committee to start putting some focus maybe away from banks into the nonbank sector,” he said.

“The data shows us [lower-income communities and communites of color] are tending to go to the payday lending industry, the shadow banking industry,” Kleymeyer said. “We know that … payday lenders, tend to use more predatory practices, significantly higher interest rates.

Progressive advocates have lauded Brown for the committee’s new focus racial inequities. Observers say Brown’s strategy is consistent with his record in Congress of fighting for struggling workers and families.

“We are extremely encouraged to see that there is this greater focus on the racial wealth gap and trying to find real solutions to address it,” said Stegman.

Odette Williamson, an attorney with the National Consumer Law Center, said that she is hopeful that the committee under Brown’s leadership will examine the impact of policy proposals on disenfranchised communities.

Brown has also pushed for legislation to expand the federal government’s ability to support homeowners and renters.

Some observers say that many of Brown’s legislative initiatives are too progressive to become law, but consumer advocates argue that the policies he has endorsed are supported by the general public.

“In Nebraska, 86% of voters expressed support for a 36% rate cap,” Stegman said.

Brown could also press regulators on policies that may not require legislation. Brown was critical of potential moves by Trump administration regulators to weaken the Community Reinvestment Act. And he has advocated for a Consumer Financial Protection Bureau with a strong enforcement regime.

“He loves to legislate, but also does realize that regulators are important and that you can make a lot of headway just by showing the regulators you’re paying attention to what they’re doing, signaling your priorities, trying to hold them accountable for meeting the goals that you set out for them,” Steele said. 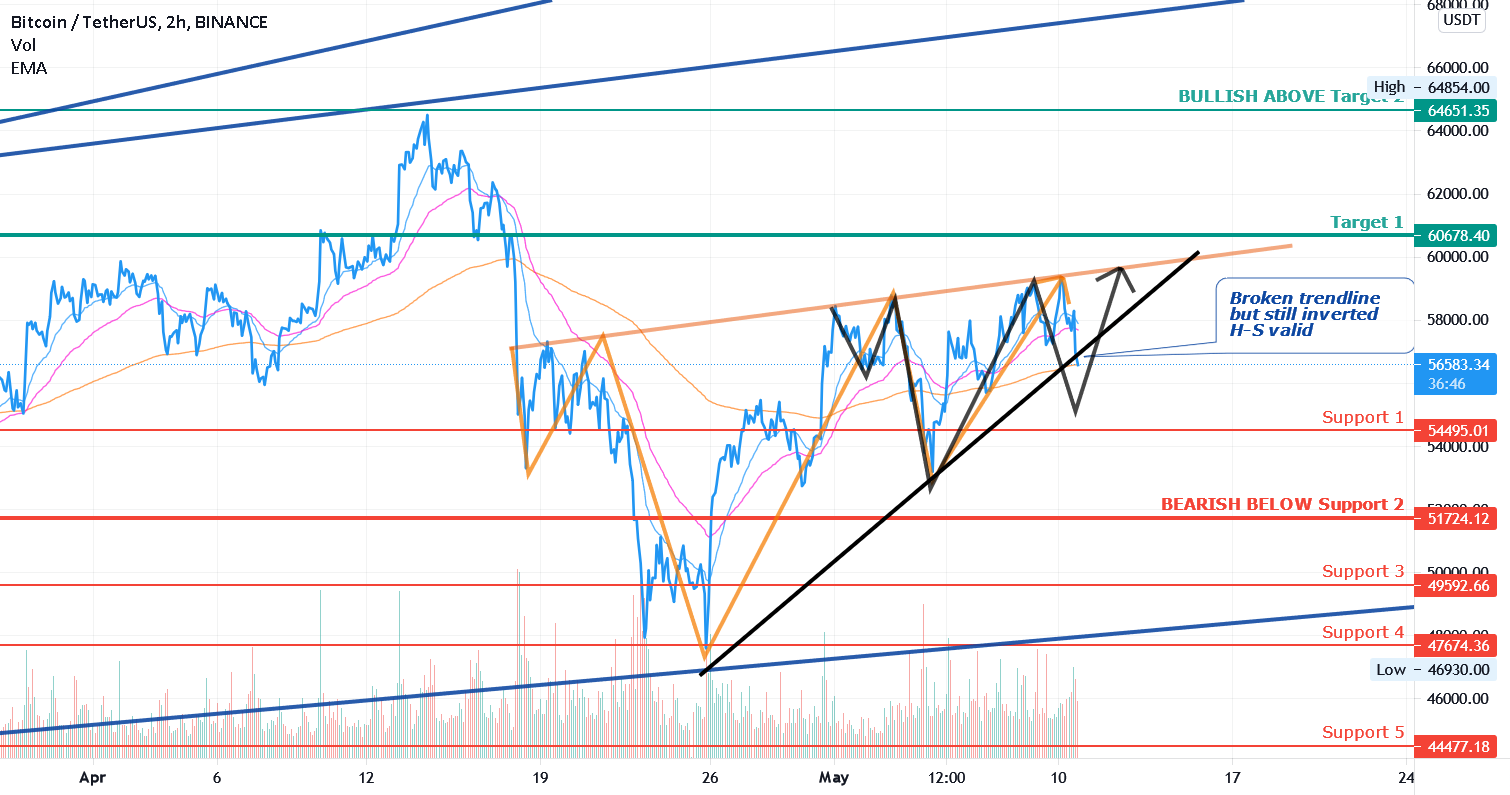 Bitcoin Inverted Head and shoulders 2 in 1 ! for BINANCE:BTCUSDT by Ether2020
4 mins ago 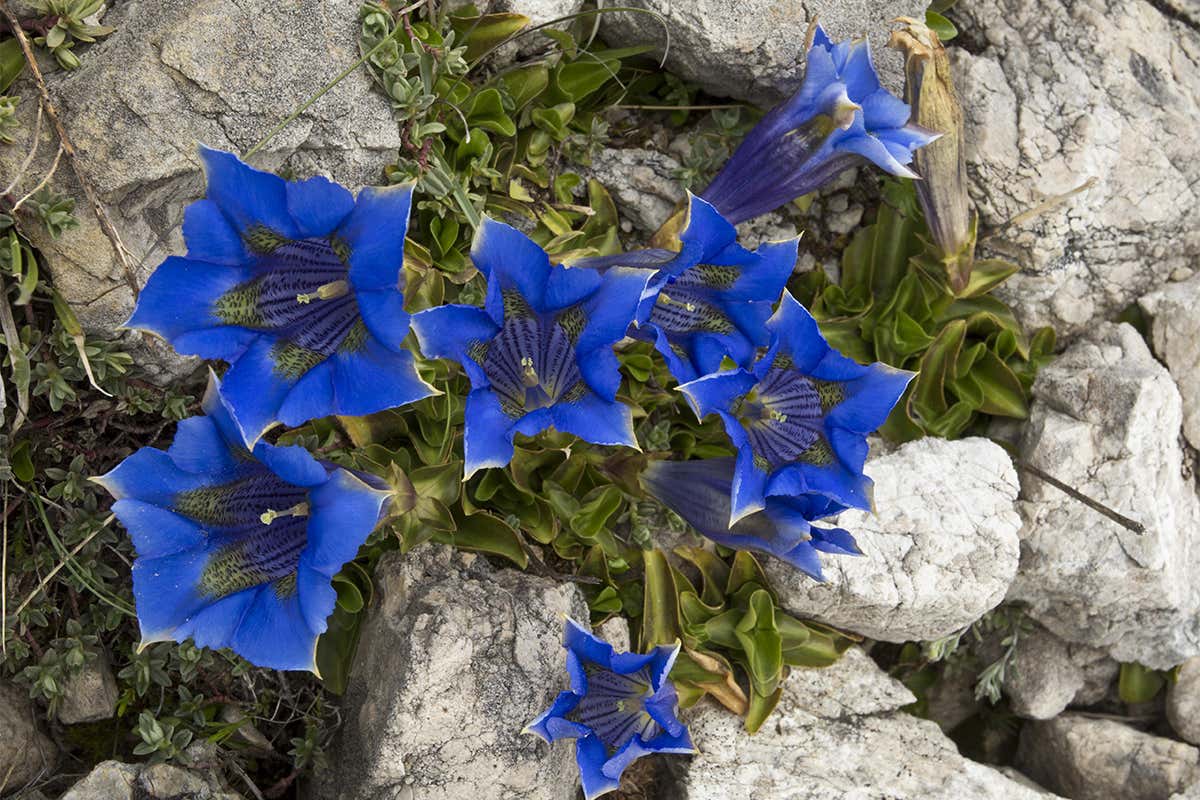 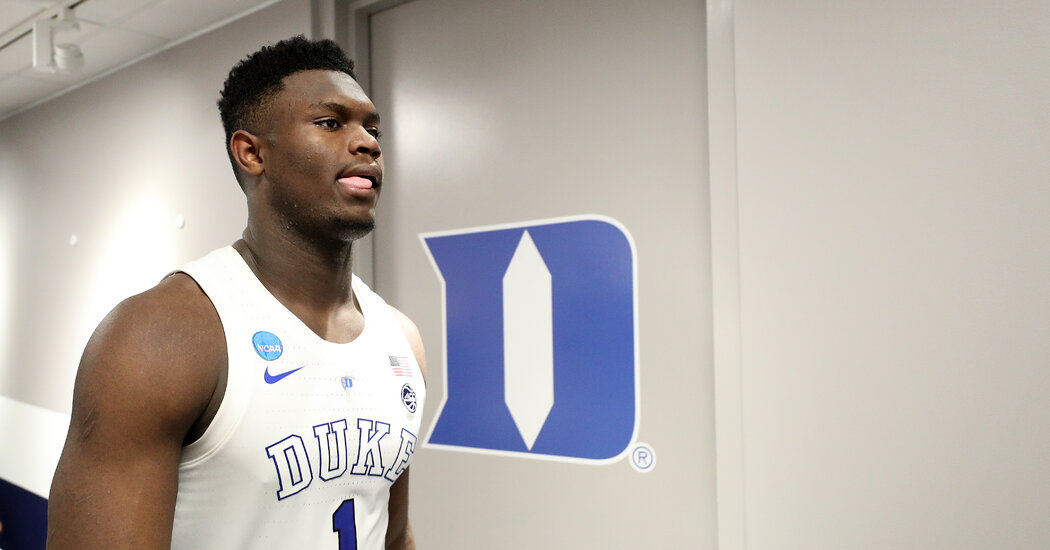