(Bloomberg Opinion) — A weak fourth quarter for Hon Hai Precision Industry Co. could be the wake-up call required to accelerate a transformation away from the low-end electronics assembly the company has dominated for the past two decades. But faithful investors may yet need patience before a new Foxconn starts showing dividends.

Foxconn’s biggest challenge is the golden handcuffs it wears as the chief supplier for Apple Inc.’s iPhones. The Cupertino-based company accounts for around half the manufacturer’s revenues, yet the decades-long relationship has seen Hon Hai’s margins shrink to the lowest levels in its almost 30-year history as a listed company.

To highlight this mismatch in fortunes, Apple’s market capitalization has jumped 25-fold in the 14 years since Steve Jobs unveiled the first iPhone, while Hon Hai’s, the only company to win the assembly contracts each year, have climbed a comparatively tiny 71%.

Since taking the helm from founder Terry Gou in 2019, Chairman and Chief Executive Officer Young Liu has had to tread a fine line between the legacy business his predecessor built, and the necessity of ditching that high-volume, low-margin thinking that will hold it back in coming decades.

What Liu has promised is a move into new realms, such as electric vehicles and fifth-generation communications equipment. Robotics, smart manufacturing and even quantum computing are long-term goals for a company that still relies on hundreds of thousands of workers each year to churn out electronics gadgets.

Management is keen to talk up those prospects. Last year, the company launched its MIH electric vehicle platform, a bold plan to speed up and modularize the development of cars similar to the way Alphabet Inc.’s Android spurred the entry of dozens of new smartphone brands.

Even though it may fail in a bigger goal to be a contract manufacturer of cars, Foxconn might be able to pick up enough small wins along the way to ensure its continued relevance in an era in which governments are mandating the end of internal combustion engines. The company already specializes in components — such as micro-controllers, cables, flat-screens and sensors — that are of specific need in electric vehicles.

Separate, but parallel to its EV plans, is Foxconn’s desire to move deeper into networking equipment. This isn’t a new area for the company — it’s been supplying Cisco Systems Inc. for decades. Yet with an increasing proportion of 5G networks being rolled out by non-telco operators, Foxconn sees an opportunity to grab a bigger share of the wireless sector.

Manufacturers, logistics providers and even theme-park operators are keen to set up and run their own networks, independent of telecom companies, which broadens the market for equipment and offers Foxconn an entry point. This may put it in competition with its own clients, such as Ericsson AB, but if the company treads carefully, it could keep the big names happy while supplying smaller rivals on the side.

Investors are buying into the thesis. Its shares are up almost 50% since Liu told reporters in December that the EV business is already showing signs of life and would be a driver of revenue in the first half of 2021. That momentum puts Hon Hai on track for the stock’s best performance since 2009.

Expect that loyalty to be tested. Quarterly misses remind investors that neither Hon Hai’s current nor future performance are guaranteed. The company is still inexorably tied to one major client as it awaits a new era of EVs. For Foxconn, that future can’t come soon enough. 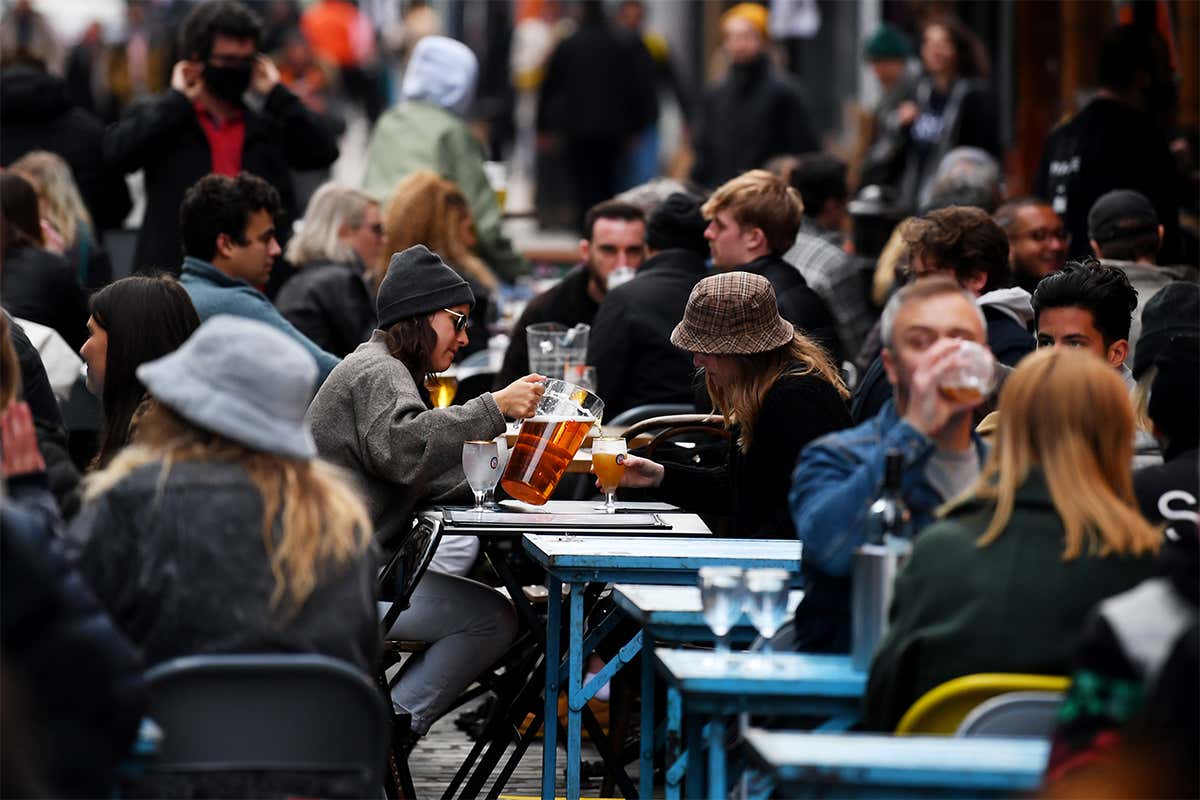 Covid-19 news: Further easing of restrictions in England from 17 May
2 mins ago

Covid-19 news: Further easing of restrictions in England from 17 May

Eichel: ‘Disconnect’ with Sabres over neck injury
3 mins ago

High-Risk Auto Insurance: Everything You Need to Know
4 mins ago

High-Risk Auto Insurance: Everything You Need to Know

Horse Racing Needs to Reckon With Its Drug Issue