Federal program has paid former employees $20.3 million in compensation. Other claims are pending and still more workers are unaware of the program.

David Pyles says he lives on painkillers and moves with the help of a cane and walker. He worked for five years at the West Valley Demonstration Project, a failed experiment to process spent nuclear fuel.

“What we were doing was insane. We were dealing with so much radiation,” he told Investigative Post from his home in New Hampshire.

“I’ve got absolutely no joints left in my knees — my knees are gone, my ankles are gone and my hips are gone,” he said.

“I wonder if it’s from working in that bathtub full of radiation.”

Pyles was one of about 200 full-time employees who operated the former Nuclear Fuel Services reprocessing facility five decades ago in the hamlet of West Valley, where the company partnered with the federal government to recycle used radioactive fuel. Other workers were hired to contain and dispose of the dangerous waste the operation left behind.

Some workers developed cancer, leukemia and other illnesses. The same held true for workers at other nuclear facilities across the nation. As a result, Congress established the Energy Employees Occupational Illness and Compensation Program in 2000.

An Investigative Post review of the program found the government has paid $20.3 million over the last two decades in cases involving at least 59 people who worked at the West Valley site.

In all, individuals have submitted claims involving 280 employees who worked at the bygone reprocessing facility or during the ongoing $3.1 billion taxpayer-funded cleanup. An undetermined number of claims have been denied; the rest are being adjudicated.

Gambini discusses his story on WBFO

Pyles said he was unaware of the program. He isn’t alone.

The Department of Labor’s Office of the Ombudsman has repeatedly criticized outreach efforts  in its annual oversight reports. Most of it has been in the form of events held near former sites. Given the passage of time and people’s movement, reaching more eligible workers is a challenge.

The workforce at West Valley involved more than full-timers. About 1,000 temporary laborers were hired by the company in any given year, according to government and media reports from the time.

The use of temporary workers was a common labor practice at the time, but few operations needed to “raise quite so large an army” as Nuclear Fuel Services, according to a Science Magazine report from the era.

The industry had a nickname for them: “sponges.”

They were hired to “absorb radiation to do simple tasks,” according to Dr. Marvin Resnikoff, a radiological waste consultant who co-authored a study of West Valley.

While working at a site like West Valley does not guarantee later illnesses or genetic complications for offspring, each exposure to radiation increases the likelihood of cancer, Resnikoff said.

“It’s what I guess I would call a meat grinder,” he said.

At its groundbreaking in 1963, the Nuclear Fuel Services reprocessing facility was thought to be a harbinger of a coming economic transformation. It closed in less than a decade, however.

Through six years of operation, at least 36 individuals in 13 incidents were exposed to “excessive concentrations” of radioactivity, according to a federal consultant’s report.  Nevertheless, government officials at the time reported “no significant improvement in exposure controls or radiological safety conditions.”

The plant opened in the spring of 1966. Used fuel rods, thousands of which are assembled to power a nuclear reactor core, were transported to the plant by rail and truck. Upon arrival, containers were submerged in a 45-foot-deep cooling pool of demineralized water.

The fuel rods were then cut open, chopped up and placed in an acid bath. The solvent separated the used fuel from the reusable uranium and plutonium, which was collected for resale. The radioactive byproduct was pumped into underground tanks for storage.

The plant had handled 630 tons of fuel and produced 660,0000 gallons of liquid waste by 1972, when it was shut down in anticipation of making improvements to increase capacity and meet new regulatory standards.

The former lab supervisor said he was upset at management’s inaction concerning safety issues. Radioactive dust migrated through the ventilation system and accumulated in ducts, federal records said. A single duct was a “primary source of radiation” in the plant on three levels.

Pyles and coworkers absorbed radiation from that duct for five years, he said. They recognized that it posed a danger, but he said management ignored repeated requests to keep the airway flushed.

In response, Pyles said he and his coworkers hammered into the floor quarter-inch sheets of lead, used as temporary shields throughout the plant. When radiation levels went up, another sheet went down, he said. Finally, when the lead was an inch thick, Pyles said there were concerns they’d reached “the load bearing limit of the floor.”

After he left Nuclear Fuel Services in 1972, Pyles worked with the Coalition on West Valley Nuclear Wastes, a grassroots environment and public health watchdog that were among the first to draw public attention to West Valley. In New Hampshire, he worked with the New England Coalition for on Nuclear Power, an activist group that raises awareness regarding safety and potential impacts of nuclear power plants.

Pyles, 77, keeps in touch with only two people who worked alongside him at West Valley.

“We all have bad joints and walk with canes,” he said.

Many unaware of program

Under the terms of its contract with the federal government, Nuclear Fuel Services pulled out of the operation in 1977. Federal and state officials battled over who was responsible for the site, until it was decided by Congressional action five years later.

In 1982, the newly formed U.S. Department of Energy took control of the 200 acres where the reprocessing facility operated. The New York State Energy Research and Development Authority, or NYSERDA, was charged with shutting down the site’s disposal area and stewardship of the 3,345 acres that surround it.

Nationally, the Department of Labor has received claims based on 129,488 former employees and paid $19.1 billion. While substantial, the department’s ombudsman has continually pushed for more resources and outreach efforts.

“While it is clear that those efforts have informed many individuals of the existence of the [program], it is likewise clear that there are still many who are unaware of [the program] and for whom more should be done to address this lack of awareness,” the office said in its most recent report to Congress.

The report cites an email from one frustrated former employee, who learned of the program with his wife by overhearing another couple’s conversation in the lobby of a hotel in Colorado.

“The husband was a former (energy employee),” the email said, concluding: “THIS IS HOW I WAS MADE AWARE OF THIS PROGRAM.”

Support our work with a donation today

The number of potentially eligible workers across the nation is uncertain. Likewise, the number of employees potentially affected at West Valley could be in the thousands when accounting for temporary workers. A 1985 report to Congress on workplace reproductive health threats noted 991 temporary workers were hired in West Valley in 1971. It was an “extreme case” of using such labor, the report said.

Records are typically scant for such subcontractor laborers, however. Companies, rather than the government, tended to retain those employment records, many of which no longer exist.

A union official told the magazine then that between one-third and one-half of the Nuclear Fuel Services workforce were temporary hires that “could have been described as ‘down-and-out’ men from skid-row areas.”

How educated they were about the hazards of the job is an open question, according to J. Samuel Walker, a historian of the United States Nuclear Regulatory Commission whose published work includes research on nuclear transient workers. Use of the labor practice declined in time as safety concerns grew, Walker wrote in his book, “Permissible Dose.”

“This was particularly troubling if the same workers were hired repeatedly as temporaries and received high doses each time,” Walker said. “In addition, the exposure of growing numbers of individuals increased the possibility of genetic consequences for the entire population.” 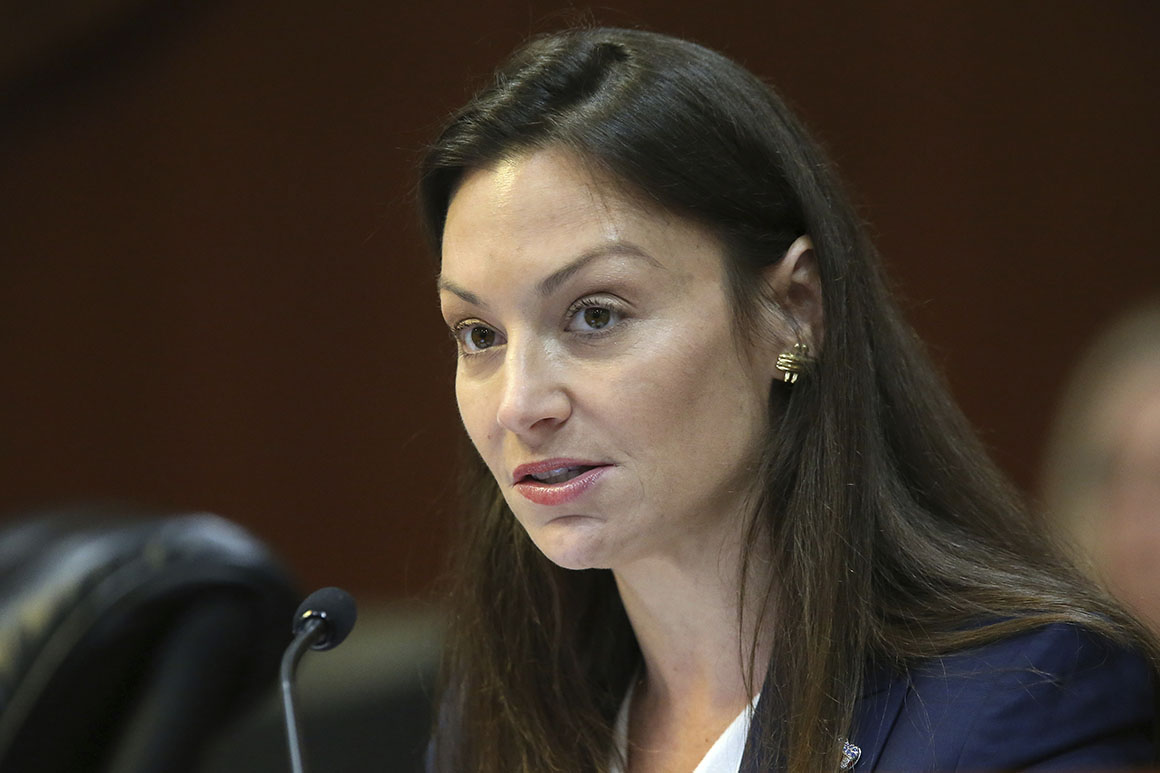 SpaceX will launch astronauts with a reused rocket and spacecraft: Here’s what you should know
6 mins ago

SpaceX will launch astronauts with a reused rocket and spacecraft: Here’s what you should know 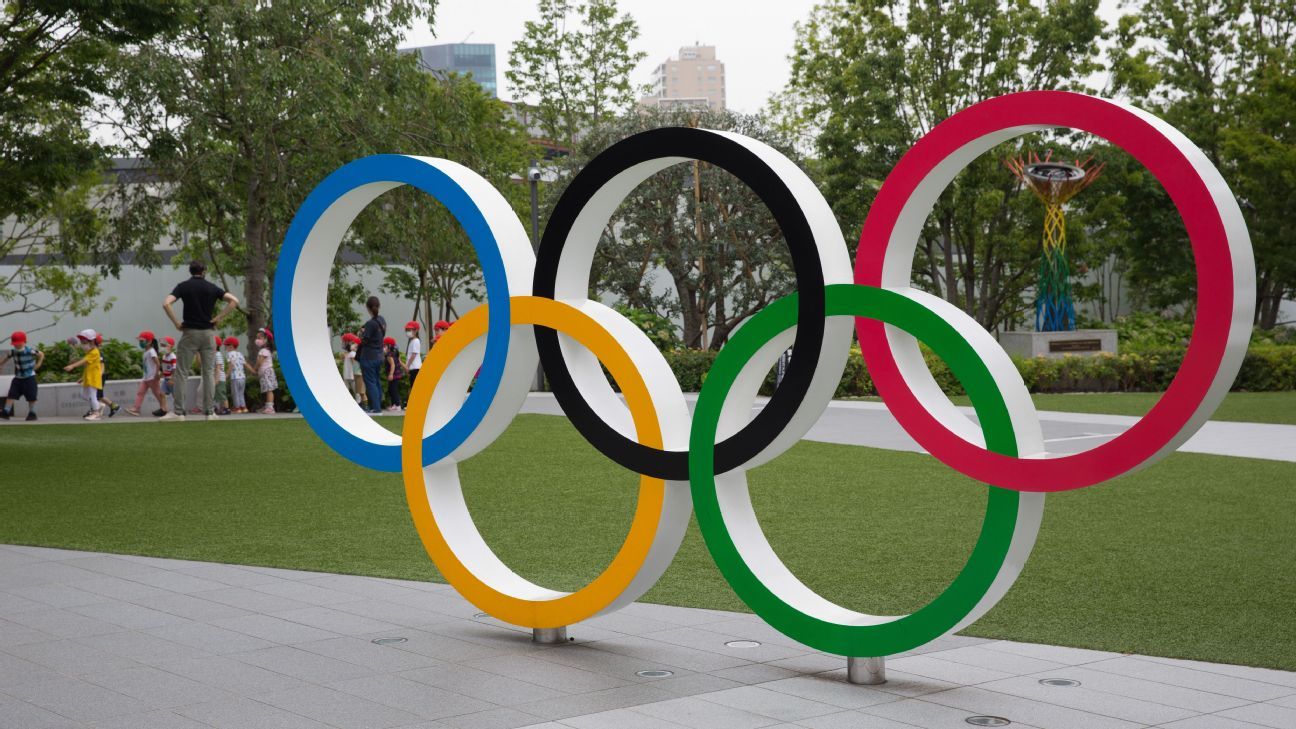 Olympians promised legal support if they protest
8 mins ago