Days before the bout to defend her championship title, Zhang Weili, China’s most famous mixed martial arts fighter, sensed her opponent was trying to get under her skin.

The opponent, the Lithuanian-American fighter Rose Namajunas, had framed their clash for the Ultimate Fighting Championship’s 115-pound title as no less than an ideological contest between freedom and Communism. “Better dead than red,” Ms. Namajunas said, using a McCarthy era anti-Communist slogan.

But Ms. Zhang, 30, a strawweight who has lost only one of her 22 professional fights, wasn’t about to take the bait.

“We are just athletes,” Ms. Zhang said in an interview from Jacksonville, Fla., where on Saturday she will face Ms. Namajunas in front of a sold-out crowd.

“Don’t kid yourself into thinking you’re so important,” she added.

Ms. Zhang might be modest about her own importance, but for her millions of fans she is not just one of the world’s greatest female fighters. Standing 5-foot-3, Ms. Zhang has become a real, if reluctant, symbol of women’s rights and a national hero.

To spectators (and opponents) outside her home country, she is the hard-hitting face of a modern, assertive China and its Communist Party. To her government, she is the pride of the nation and a propaganda boon. To her female fans, she is a role model whose defiance of gender stereotypes has pushed the boundaries of what it means to be a Chinese woman.

To Ms. Zhang, though, such talk is little more than a distraction. The fighter might readily drape China’s flag around her shoulders after a win, but she rarely talks about politics in public. She has little to say about women’s rights and doesn’t see herself as a feminist. “What does that term even mean?” she asked, seeming genuinely puzzled.

When she’s not battering opponents with powerful punches and spin kicks, Ms. Zhang is self-deprecating and goofy, even. She loves a good selfie filter and perks up any time the conversation turns to food.

But colleagues say that beneath her sunny exterior is a mind focused solely on winning. That intensity, they say, has propelled Ms. Zhang, a coal worker’s daughter, to the top of the U.F.C.’s global rankings.

“No matter how many belts she wins, she doesn’t change,” said Cai Xuejun, Ms. Zhang’s coach since 2013. “We are already at the peak, and she is still thinking about how to improve.”

The fight on Saturday will be Ms. Zhang’s first since March of last year, when she successfully defended her title in an epic five-round battle in Las Vegas against the Polish fighter Joanna Jedrzejczyk.

At the time, China was still trying to bring the coronavirus under control and the United States had not yet gone into lockdown. Weeks before the bout, Ms. Jedrzejczyk posted a photoshopped poster of herself in a gas mask next to Ms. Zhang. She later apologized for making light of the virus.

“My country is ravaged by the epidemic,” an emotional Ms. Zhang, her face barely recognizable from the swelling, said after the fight. “I hope China will win the battle; the epidemic is a common enemy of humankind.”

Though such patriotic rhetoric might suggest otherwise, Ms. Zhang was trained outside of the state-controlled sports machine that grooms China’s Olympians. Instead, the champion known to fans as “Magnum” discovered a love of fighting on her own.

Growing up in the northern province of Hebei, Ms. Zhang was an energetic child. She fought frequently with her two older brothers and was once caught trying to escape her kindergarten by scaling the walls. To keep her occupied, her mother dug holes in the ground out of which the 5-year-old would practice jumping. Over time, the holes became deeper.

“My mother was very supportive,” Ms. Zhang recalled. “She always told me that girls should be independent and not weak.”

When she was 13, Ms. Zhang enrolled in a martial arts academy in Handan, a city with a deep-rooted fighting tradition.

The school, which focused on sanda, a form of kickboxing developed by the Chinese military, instilled in her a sense of discipline.

“When I was a kid, before I started training in martial arts, I would get in a lot of fights,” she said. “Later, I stopped looking for my own fights — I just fought on behalf of other people.”

Despite winning a provincial sanda championship, a recurring back injury forced Ms. Zhang to quit the sport at the age of 17. Her parents suggested that she go to beauty school to become a hairstylist.

No way, Ms. Zhang recalled thinking. “I wanted to find my own path,” she said. She bought a one-way ticket to Beijing.

For the next six years, Ms. Zhang drifted around the capital and worked odd jobs, including as a hotel receptionist, a kindergarten teacher and a security guard.

Ms. Zhang was working at a gym in the early 2010s when she first began practicing mixed martial arts. She liked how M.M.A. incorporated multiple fighting styles, in contrast to traditional forms like kung fu.

She made the leap to professional fighting in 2013, and in 2018 she signed with the U.F.C. The next year, she knocked out the Brazilian fighter Jessica Andrade in just 42 seconds, taking the women’s strawweight title and becoming the first Chinese champion in U.F.C. history.

Since then, Ms. Zhang has become a national star. State-run news outlets have called her “the most capable female fighter in China” and the “woman warrior of the East.”

Following her win last year in Las Vegas, she was enlisted by the Communist Youth League to make a video encouraging young Chinese to “dedicate your best youth to your beloved motherland.” Around the same time, the American cosmetics company Estée Lauder named her its brand ambassador in China.

On Chinese social media, Ms. Zhang often posts videos about her training sessions and her schnauzer, Miu, for her 5.5 million followers. Her fans write frequently about being inspired by her rejection of traditional notions of how a woman should look and behave. Some people also speculate about her love life — she says she is single — and joke about whether anyone would dare to date her given her violent occupation.

“Those people don’t understand me. They only see who I am inside the octagon,” Ms. Zhang said, referring to the eight-sided ring in which U.F.C. fights take place.

From her U.F.C. winnings alone, Ms. Zhang has earned around $1 million, according to her agent. Despite that success, she said, little about her life has changed. She still rents a house on the outskirts of Beijing with seven other people, including her coach and one of her brothers. She still trains five hours a day at the nearby Black Tiger Fight Club.

Ms. Zhang’s fame in China has been a windfall for the U.F.C., which has been actively expanding its presence in the country, including opening a $13 million training facility in Shanghai.

“She’s been the tide that lifts all boats,” said Kevin Chang, U.F.C.’s senior vice-president for the Asia-Pacific region.

Days before her showdown on Saturday with Ms. Namajunas, Ms. Zhang said she was feeling good. She had already begun to torture herself by looking at photos of the foods she was hoping to eat after the fight. (Ice cream and steamed buns are among her favorites, she said.)

Had she thought about what would she say in the octagon if she won? Would there be another impassioned plea about humankind?

She wasn’t sure, but just in case, she had in her back pocket a signature line in English that she has sometimes used after a win.

“My name is Zhang Weili!” she yells triumphantly. “I am from China — remember me!”

U.S. pump prices head for highest since 2014 as hacked fuel pipeline shut By Reuters
8 seconds ago 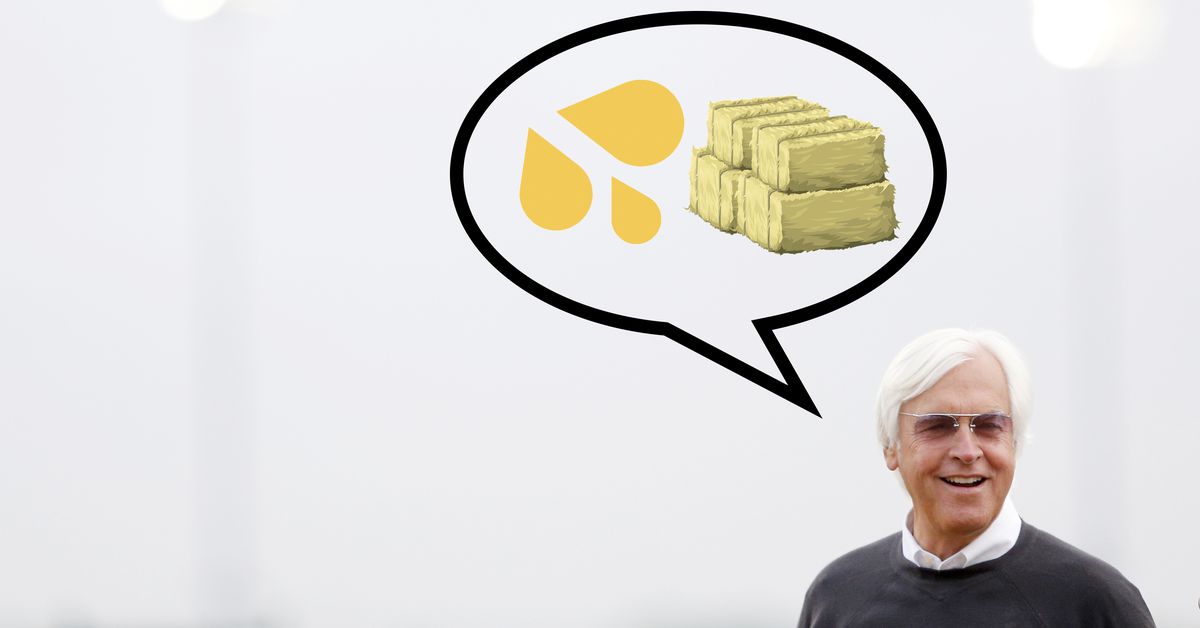 No Down Payment Car Insurance: Everything You Need to Know
3 mins ago

No Down Payment Car Insurance: Everything You Need to Know 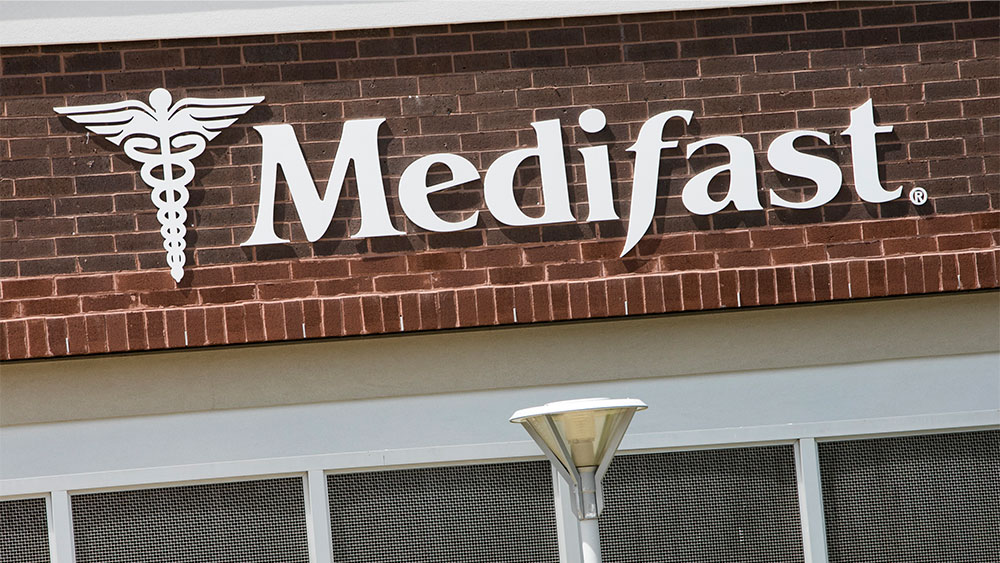 IBD 50 Stocks To Watch: Medifast, After A 187% Gain, Makes Another Breakout
4 mins ago

IBD 50 Stocks To Watch: Medifast, After A 187% Gain, Makes Another Breakout